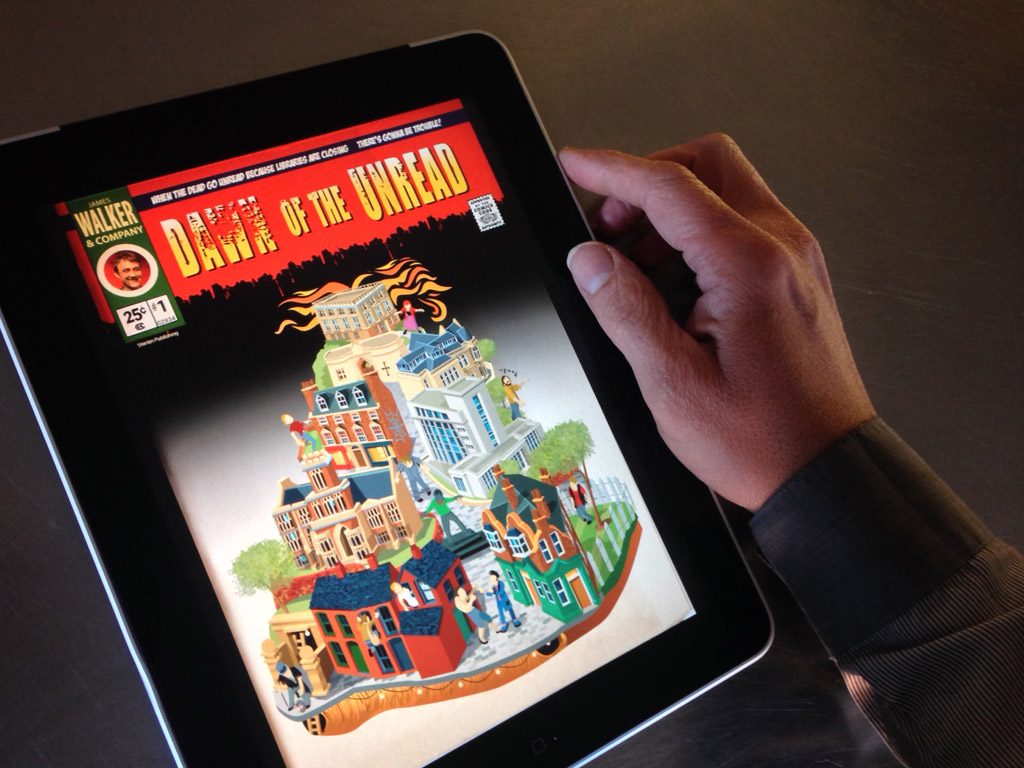 The following article was originally published in the August issue of the Southwell Folio. This is a magazine edited together by Penny Young which will sadly cease publication at the end of December.

In 2014 I created an online graphic novel serial called Dawn of the Unread. The narrative conceit is that, incensed by the closures of libraries and low literacy in 21st-century Britain, Nottingham’s most famous dead authors return from the grave to wreak revenge. It’s at this point I should make a confession: I am not an expert in graphic novels. In fact, prior to the project I didn’t even read graphic novels. But it was the right medium for my target audience: reluctant readers.

As far as I’m concerned, illiteracy is a form of child abuse. And Britain’s never had it so good when it comes to this shameful social problem. According to a major study by the Organisation for Economic Co-operation and Development (OECD), England holds the unenviable title of 22nd most illiterate country out of 24 industrialised nations. The study involved over 166,000 adults and went as far as to suggest the potential threat of “downward mobility”, whereby the younger population is less well educated than the older generation. Not what you’d expect in the ‘Information Age’.

Literacy is a particular problem in Nottingham. Recent figures suggest six out of ten teenagers leave school without five A* to C GCSE grades, including English and maths. We were recently ranked worst in the East Midlands for level two SATs results with 77 per cent gaining a level four or higher, below the 79 per cent national average. It’s a right mess and it makes me furious which is why I decided to do something about it. But we’re getting somewhere. Dawn of the Unread was vital in Nottingham being accredited as a UNESCO City of Literature and was used as an example of best practice in how to engage youth through digital technology. The City of Literature has now become an educational charity, with improving literacy their number one goal. I’m proud to have helped contribute to this conversation.

There’s been much written about the diminishing attention spans of our ‘youtube generation’ so thrusting ‘complex’ books on them isn’t going to help. If teenagers reading levels are already low, Shakespeare will only frustrate them further. Instead, I’ve tried to create a thirst for knowledge. To tease, tantalise and inspire by creating a series of 8 page comics which offer snippets into the lives of our incredible diverse and rebellious literary heritage. By using a wide variety of styles (reportage, poetry, fiction, gallows ballad) and combining different writers and artists, I hope that one of the stories may appeal. And if teenagers go on to the library to get out books, it will be because they want to learn more. 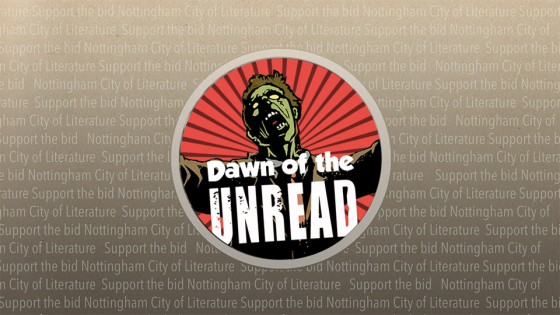 So what is a graphic novel?

The term ‘graphic novel’ was first coined by Richard Kyle in an article for Capa-Alpha in 1964. But to be blunt, it’s just a means of making a comic sound more respectable. There is a prevailing attitude that comics are a form of dumbing down reading and that they are somehow inferior to literature with a big (or little) L. But having edited together 16 issues of Dawn of the Unread I can assure you that comics are anything but simple.

A comic is a kind of creative production line which involves: a writer, artist, colourist and letterer. The writer and artist are co-authors of the text and it’s vital that both get to express themselves equally. Therefore a writer must not be over descriptive as a broad range of ideas can be illustrated by the artist. The style of the artist can also reflect the theme of the story. I selected Carol Swain to illustrate the life of Alan Sillitoe (issue 12) because she draws in rough crayon on textured paper. What better way to subtly reflect the gritty realism of Sillitoe’s writing?

Each page of a comic consists of a limited series of panels (frames) which function to create a sequential pace to the story. This helps you feel the action unfolding and is similar in purpose to a storyboard. How characters react in frames offers a further layer of meaning too. The Gotham Fool (issue 4) is the tale of a group of people who feigned madness in order to avoid building a highway for King John. At the time madness was perceived to be contagious. Labels are a means of reducing identity to one fixed point, so we reflected this in the art by the way characters are not constrained by panels. They break out into the gutter (the space between panels), suggesting a degree of freedom. 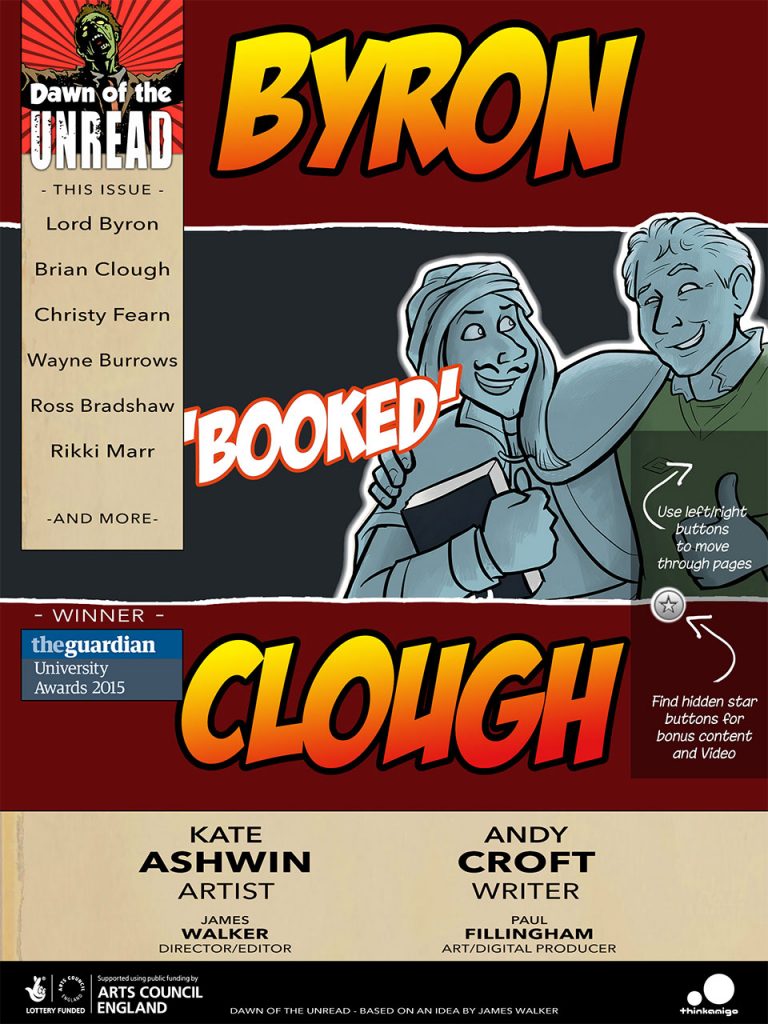 Colour is also an important signifier of meaning. When we created the charismatic hybrid Byron Clough (issue 5) we used bright colours and thick black lines, just to stop verisimilitude and reinforce that he was imaginary. Likewise the use of font (letterer) can capture the essence of a character. In issue 11 we explored Geoffrey Trease’s debut novel Bows Against the Barons which features Robin Hood. The font is sharp and crisp, as you would expect from a master archer.

By making Dawn of the Unread available online I was able to utilise the potential of digital technology by including embedded content. This means that when you click on a star icon within a panel it provides contextual information, such as essays. This helped facilitate more insightful discussions for more confident readers who wanted to go deeper into the text. As far as I’m aware nobody has done this before.

Finally we created an App that enabled users to ‘play’ Dawn of the Unread. This consisted of a series of tasks, bringing in a gaming element to our project. By using a wide variety of styles and storylines, making the comic available across media platforms, and providing different narrative routes through the text, I hope that there is something for all types of readers.

There will be a book launch for Dawn of the Unread as part of Nottingham’s Festival of Literature on 11 November (7.30- 9pm) Antenna, Beck Street, Nottingham. Tickets are £5 but you get £3 off a book.

“If the 20th century was about the quest for knowledge, the 21st century is about experience.”

As a devout reader of physical books and someone whose idea of heaven is loitering around libraries and bookshops I’m somewhat surprised that my career as a writer is being defined by digital storytelling. But it’s a contradiction I embrace due to the infinite opportunities of expression it affords.

Writing serves many functions. On one level it acts as a form of therapy that enables individuals to make sense of both themselves and the environments they inhabit. Writing is also about control in that it enables an individual to be the master of the worlds they create. Digital is about being a master of galaxies and entire solar systems and so naturally appeals to the vanity of someone deluded enough to think they have something worthy to say.

Writing is also about experimentation, placing the author in the minds of characters and situations to try to better understand what it is to be human. Experimentation is at the heart of creativity and digital enables a writer to think themselves not only into the mind of a character but into how the character exists across mediums and digital platforms, all of which come with their own grammar. 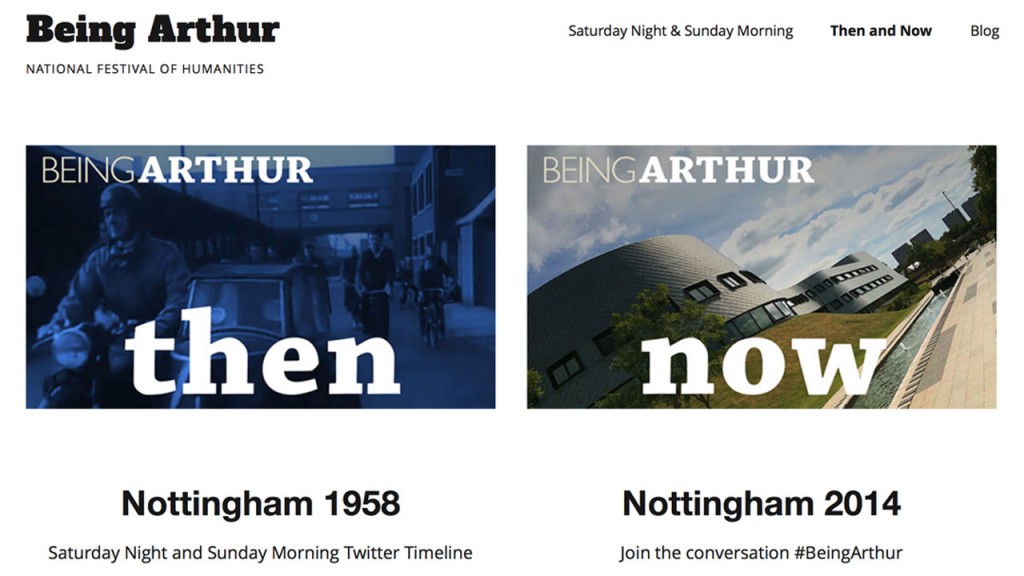 I fell into digital storytelling because an opportunity arouse and I took it. I haven’t looked back since and will be talking about this journey as part of the Being Human humanities festival on Saturday 14 August, of which Nottingham is one of five named ‘creative city’ hubs. Last year Paul Fillingham and I created Being Arthur, the first ever 24 hour Twitter presentation of Saturday Night and Sunday Morning for the inaugural Being Human festival and this year I want to share a little bit of my journey with the hope that it may help others who are thinking of giving literature a digital makeover.

Whether we like it or not, digital is changing our experience of reading and our understanding of literature. No longer limited by the confines of the physical page, writers can now present content across media platforms as well as offer multiple narrative paths into the text to suit the needs of every type of reader. I’ll be showing how I’ve done this with the Sillitoe Trail (which was voted in the top ten of content for BBC/Arts Council multimedia platform The Space) and Dawn of the Unread, a graphic novel that explores Nottingham’s rich literary history (and won the Teaching Excellence Award at the Guardian Education Awards in March). 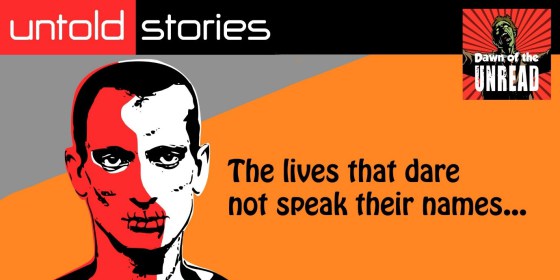 I’ll also be sharing experiences on two other projects I’m currently putting together: Untold Stories, a multi-collaborative graphic novel that will give voice to “The lives that dare not speak their names” and addresses issues of censorship and persecution around the world. This is planned for 2016 and will follow the format of Dawn of the Unread but this time will combine philosophical arguments with direct calls to action. 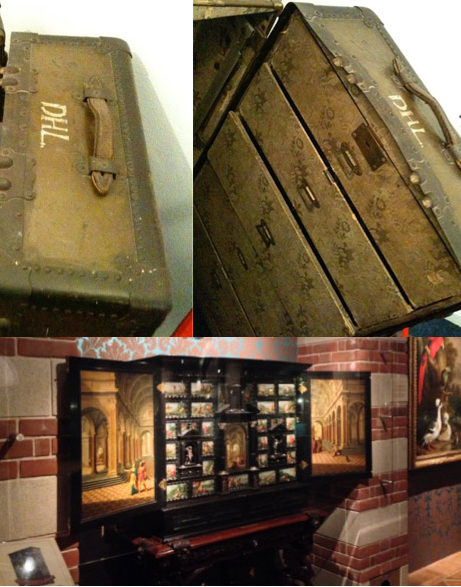 The DH Lawrence Memory Theatre is pencilled in for some time in 2017. DHL embarked on a journey of self-discovery known as his ‘savage pilgrimage’ which took him across the globe. Accompanying him on his journey was a travel-trunk which had various compartments and drawers. Paul Fillingham and I are hoping to retrace this Savage Pilgrimage, explore Lawrence’s significance as a writer, and develop his personalised travel-trunk as a ‘Cabinet of Curiosity’ or Memory Theatre.

Memory Theatres were filled with rare and expensive artefacts and once used by the aristocracy to convey cultural capital and status. Our Memory Theatre will journey in both physical and digital form. It will be a beautifully crafted work of art in its own right, to be explored and admired, stopping off at key locations. The drawers will contain real objects including; documents, poetry, paintings and essays, produced by a variety of creative practitioners. Some drawers will house interactive touch-screens, offering a glimpse into the digital heart of the Memory Theatre.

The digital component will be available as a web-service across various media platforms. Users will virtually ‘open’ drawers with content geared towards the capture and sharing the users’ experience. As the Memory Theatre travels in physical and digital form, its aesthetic and emotional value will grow, accumulating its own savage history and provenance.

We may very well use aestheticodes (QR Codes with a lot of slap) as a means of recording the journey. If you want to learn more about what these are then catch the talk before mine (10.30 – 12.30) at the Writers’ Studio.

The aim of the talk is give an insight into issues involved in putting together a digital storytelling project: audience, partnerships, funding, narrative, platforms, creative ‘production line’. It will be followed by a Q&A and the opportunity for other artists to discuss their own ideas for digital projects.

To register for this event please follow this link.