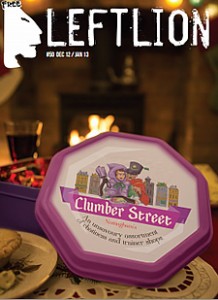 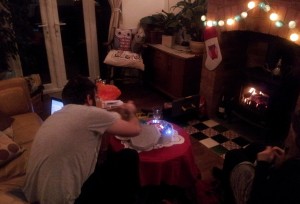 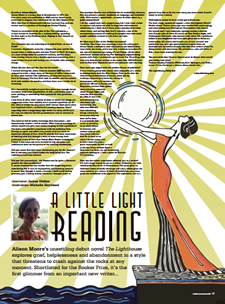 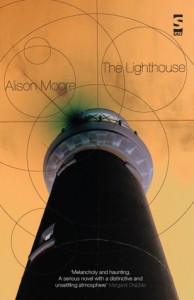 I’ve been so busy with my Sillitoe project for The Space that I haven’t had time to announce through this blog that I’ve since become the Chair of the Nottingham Writers’ Studio. One of the first thing’s I’d like to see is greater publicity for our members as some are signed to smaller publishers and so could do with additional help. Other members are simply very humble and could do with being reminded that they deserve the attention. Seeing your work reviewed in more publications as well as more coverage from local media is one way in which we can help out. It’s amazing how many writers are in denial, feeling that they are unworthy of such a weighty label.

Alison Moore is the most recent success story, who, perhaps, doesn’t need our help as she’s been shortlisted for the Booker, although her publisher Salt are a small press in the grand scheme of the publishing industry. I would imagine they’ve taken quite a gamble in pushing her novel (a gamble in the sense of money, not choice of author) which thankfully has paid off. The benefit for the studio is that we gain in prestige and reputation, something which is essential if we’re ever going to lure agents and big fish caught inside the loop of the M25.

Below is our first PRESS RELEASE to promote Alison Moore. On releasing it we were instantly contacted by another NWS member who pointed out we had missed Sarah Jackson off our list which I’ve added now. The fact that a member contacted us on behalf of someone else shows that the process is already working and that Nottingham has even more reason for celebration.

“To celebrate the success of Nottingham Writers’ Studio member and Booker Prize nominee Alison Moore, we are urging the whole of Nottingham to show their support by reading her book The Lighthouse. But don’t just read it at home, read it out and about, on buses, in cafes, in pubs, the library, everywhere!

You are also encouraged to tweet your support on the eve of the Man Booker Prize judges’ announcement on 16th October, using the hashtag #booker. This could be photographs of people reading the book in public, comments about Alison’s debut novel, or simply a good luck message.

James Walker, NWS Chair, said, “2012 has been a fantastic year for members of the Studio. Jon McGregor won the IMPAC Dublin Literary Award for Even the Dogs; Sarah Jackson has been nominated by readers for the Guardian First Book Award; the Alan Sillitoe Committee have their second Sillitoe Day on 27 October, where they will launch a Mobile App literary trail commissioned by the new multimedia platform The Space; Ian Douglas has been commissioned to write for the V&A Museum of Childhood exhibition; Michael Eaton has worked on various plays to celebrate the 200th birthday of Charles Dickens; and now Alison Moore has been shortlisted for the Booker. It just goes to prove that publishing exists outside of the capital.”

Nottingham Writers Studio is committed to supporting and developing emerging and established writing talent in and around the city.