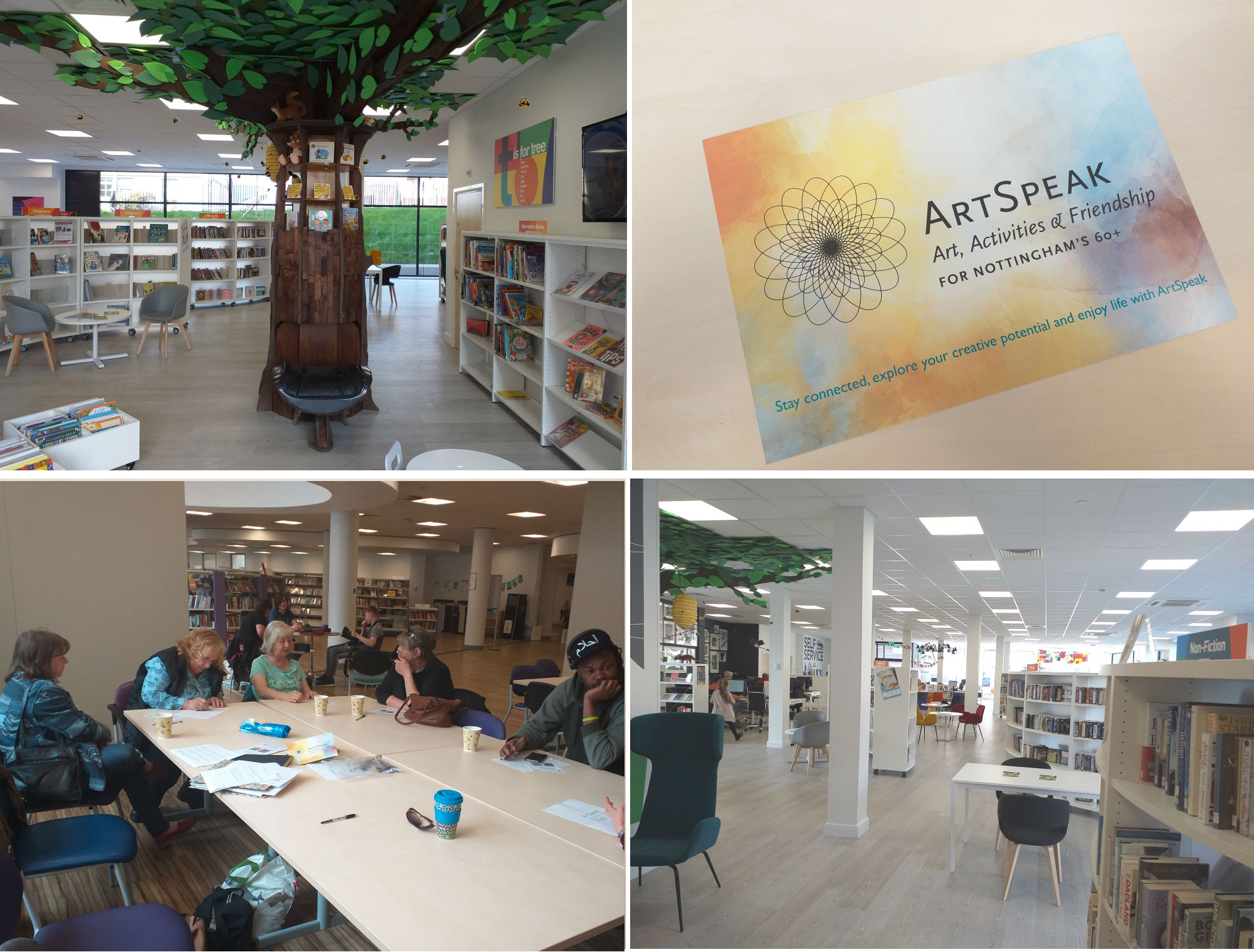 I’ve just finished a commission for ArtSpeak which gave me the opportunity to nose into the lives of retired and elderly people across the city. My brief was to find out what arts activities people are interested in and where they would like to see these take place. The research would then help ArtSpeak develop a series of Creative Cafes. The research was conducted during two-hour writing workshops at Strelley, the Meadows, Clifton and Bulwell. From these sessions I created pen portraits of participants to demonstrate the different ways in which the arts fulfil needs, particularly in terms of health and mental wellbeing.

I got this commission after giving a talk at the Nottingham Contemporary about my contribution to The Bigger Picture, a multi-collaborative research project exploring the impact of intergenerational arts programming on minority communities in Nottingham. Sharon Scaniglia and Hannah Stoddard of the Radford Care Group were in the audience and approached me afterwards about their ArtsSpeak project. I mention this because as lovely as the internet is, nothing compares with getting off your arse and meeting people in real physical space. This is how I get most of my work. It was also nice to work with Sharon again. We had previously worked on the board of directors for Festival of Words.

I began each ArtSpeak session with some literary or historical link to the area. This was partly to see how much people knew about their home turf and as a reminder that artists are ordinary folk from ordinary places. This led on to a series of writing exercises from a pre-set list of questions. You can’t predict how these sessions will go or how participants will react, so the questions were a loose guide that could be adapted as and when. Similarly, what works in one place doesn’t necessarily work in another.

Folk from Bulwell were absolutely on it. They were self-motivated, well-organised, and had a good infrastructure in place to keep themselves busy. Their complaint, and one I heard repeatedly, was not having enough time to do the things they wanted to do. Therefore, anything that took them out of their busy schedule had better be worth it. I have featured one person from this session (Joy Rice) on my Whatever People Say I Am Instagram account as she confessed to knocking out the first brick of the now defunct Broadmarsh carpark. How dearly I would love to meet the person who one day gets to knock out the first brick of the Broadmarsh shopping centre …

When I began creating Dawn of the Unread in 2014 I was highly skeptical of one stop libraries. I was deluded by the aura of books, believing the presence of any other service within this space would trivialise the experience of reading. I was wrong, and Strelley library typifies this. Opened on 14 November, 2018, after £1 million of investment, Strelley library acts as a cultural hub for the wider community. It’s also a very inviting space, with light pouring in through the glass fronted windows. Above the library are 37 one-bedroom independent living flats, run by Nottingham City Homes. 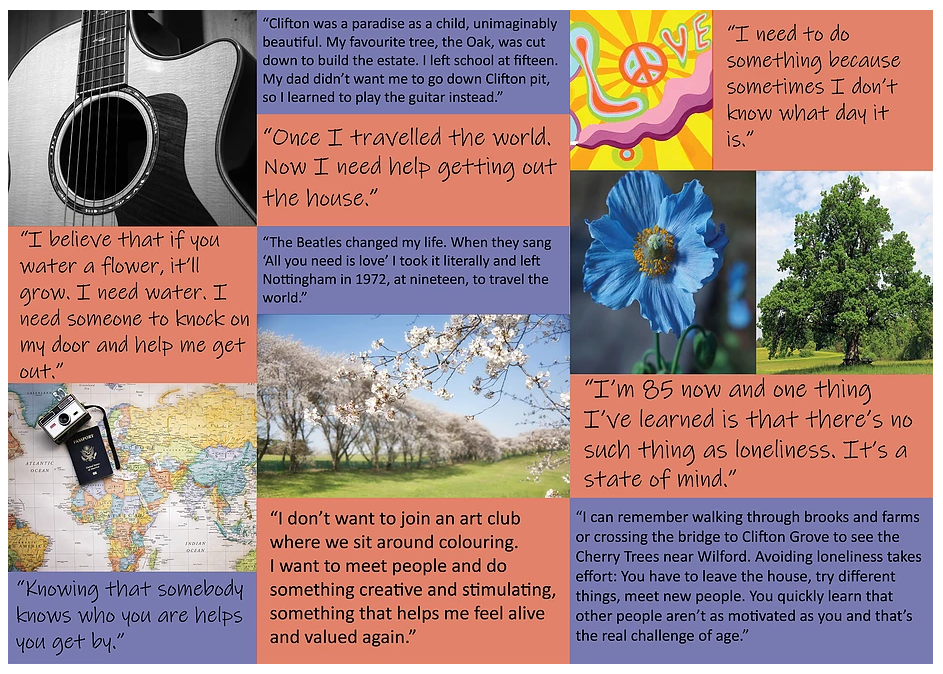 The participants for this workshop came from the flats, one of whom was really grateful that Hannah Stoddard had knocked on his door twice to encourage him to join in. He said he wanted to answer the door but didn’t have the confidence, so appreciated her perseverance. He was introverted, anxious, and uneager to get involved at first. He said he’d not undone his curtains in two weeks and was very ill. But once we’d won over his trust he became really animated, sharing an incredible life story that had taken him around the world and in a variety of public facing service jobs. He temporarily forgot about his illness and our session overran by an hour. This validated the objectives of ArtSpeak. It was a pleasure to meet him and I felt genuinely sad to say goodbye. I felt as if I’d known him all my life rather than for three hours on a Thursday afternoon.

The Clifton session took place in a less inspiring library, but this didn’t bother participants. Cost and access were the factors that seemed to matter most, rather than aesthetics. Clifton library is on the bus and tram route. I met a man who took The Beatles’ ‘All you Need is Love’ as his personal mantra, travelling to India in a clapped-out van. On his way he stopped off in Afghanistan and fondly recalled that they were the kindest most hospitable people he’d ever met and how much it saddened him to see what we had done to the country in the aftermath of 9-11. I would love to tell his story as part of the graphic novel element to Whatever People Say I Am and may do so if I can find additional funding.

Participants at the Meadows were exactly as I expected – vocal, proud and heavily involved in their local community. Again, I encountered incredible stories of ordinary lives – from a woman whose best friend is a parrot to a man who copes with bereavement by growing food in his allotment and sharing it out with his neighbours. This group all wanted to learn how to write ‘properly’ so that they could write their memoirs to pass on to their grandchildren. I recommended The Accidental Memoir by Eve Makis and Anthony Cropper as a good starting place for getting their ideas down.

ArtSpeak is an arts strand of The Radford Centre. Read their blog about the project here. Website: www.artspeak.org.uk