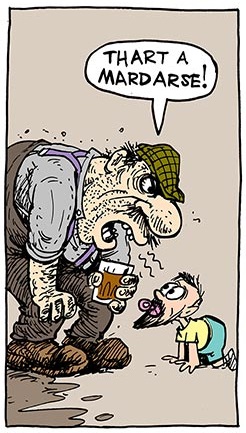 A few years ago I wrote a 15 minute essay for a BBC Radio 3 series called In Praise of the Midlands. It was pretty straight forward. I banged out 2,000 words on the topic of The Defiant Individualism of Arthur Seaton, made a few tweaks over email with the series producer Robert Shore, booked a studio and read it out. Then I did some vox pops for a BBC Radio 4 series called Made in the Middle. Both were Made in Manchester productions and creative director and founder Ashley Byrne asked me to pitch other ideas. Although I was really interested, I didn’t have time. I was balancing two jobs and every other waking hour was spent cobbling together Dawn of the Unread or doing Notts propaganda for LeftLion.

After three years of hard slog Dawn of the Unread got a full stop of sorts when it was published as a physical book by Spokesman Books in 2017. In March last year I jacked in LeftLion after 13 years of blathering on about all things Notts. Ashley, forever patient, got in touch again and I pitched the idea of exploring pit poetry in the East Midlands. A year or so later and it’s going to be broadcast this Sunday on BBC Radio 4 in the three part series Tongue and Talk: The Dialect Poets.

The series kicked off on 13 May when Catherine Harvey returned to her roots in the North West of England to see if the dialect poetry of the cotton mills of the 19th century is alive today. In episode two, I explore a bit of the Notts accent and then have a natter with retired pitmen still reciting their dialect poetry in venues across Nottinghamshire. The final episode sees Kirsty McKay return home to Northumberland only to discover the erosion of dialect and culture by the encroachment of urbanisation and influx of people moving into the area. 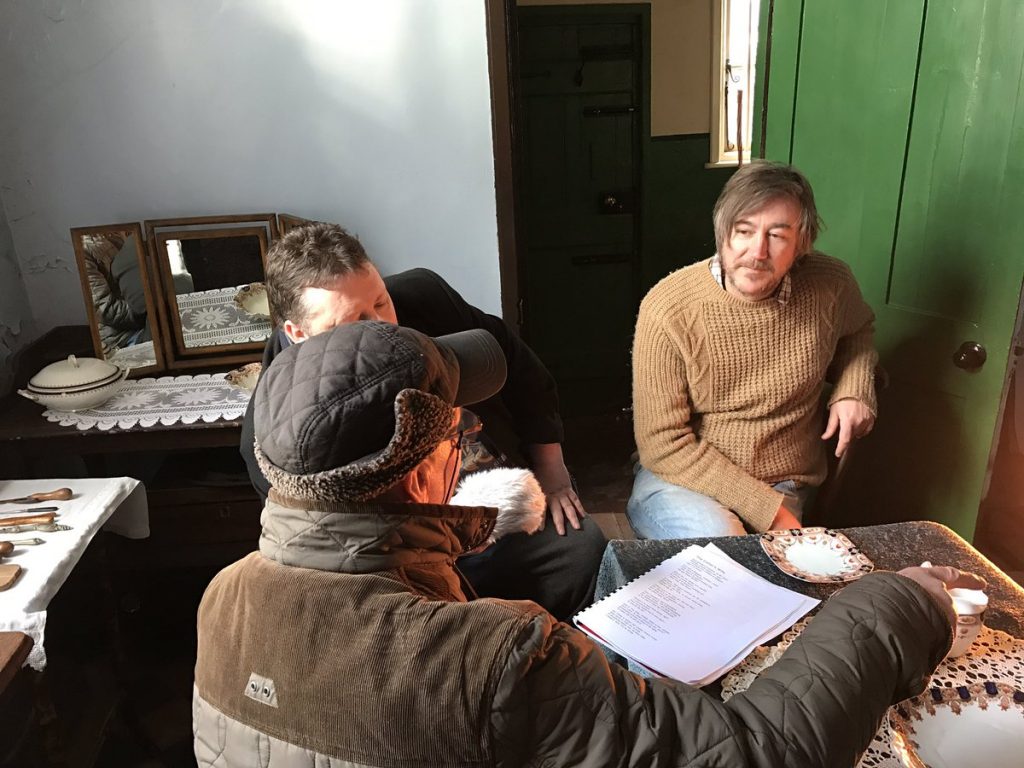 I’ve blogged the arse out of the content of the episode for various websites (see related reading) so I thought it would be useful to share a few of my experiences of writing for radio. The most difficult thing about writing an episode that involves interviewing lots of people is that you’re blind to the process. On this page I can see my thoughts in words. I can delete things and go back to earlier drafts. But I can’t see audio. The editing down of the interviews was done by the internal producers at Made in Manchester. I produced a script with fillers and suggestions of where interviews should go, but ultimately I was working blind. Writers aren’t used to trusting other folk. We write because we’re greedy and we want control. So letting go is difficult, but not when you trust those around you.

Ashley explained that sometimes the writers get to listen to the audio and suggest the bits of gold they want included. But because this was my first time, and we had a bit of a tight deadline, they did the editing. I then received various We Transfer edits of the work in progress. Given that we easily recorded over 10 hour’s footage, how on earth were they going to get it down to 27 minutes and 36 seconds long? It was a headache I was pleased to avoid.

I think we did four recordings in the studio, gradually chipping away at fillers. Then as we neared completion it was a case of reading out multiple introductions of guests to ensure our verbs covered the three tenses: past, present, and future. This typically included rattle such as: Next up is…Later we will be talking to…We return to…Our next guest…etc. The last thing you want is to get a call when you’re on the lash asking you to get to studio pronto just to say ‘And now we have’.

It’s obvious but it’s worth stating: Recording on location means there are different noises, echoes and nuances in the recordings. So ensuring consistency for the fillers was vital. This also threw up some challenges as I sometimes had to think up things off the cuff rather than having the luxury of contemplating thoughts in Word. Different medium, different rules. Fortunately I was in the very capable hands (or rather voice) of Iain Macknes, Made in Manchester’s Head of Production. Iain also gave me some really good advice. He told me to try and sound friendlier. To remember the programme was going to be broadcast in front rooms and kitchens while couples washed up. I was barking a bit at the beginning, perhaps laying too much emphasis on the flat Radford vowels of Arthur Seaton, speaking as if I expected to be attacked. This is odd because my voice is naturally quite quiet. I think because the programme meant a lot to me, in that I had a responsibility to Nottingham to do a good job, I was drilling out words so that they left my mouth as concrete, something that no listener could break.

When we were recording on location I worked with three different people. This was simply a case of who was available at the time. Each person had their own technique and tips, although all of them were keen to record doors being opened, footsteps across paths, and live location introductions. I was advised by Ashley in one recording to repeat certain words as someone was talking as this reminded listeners I was there and conveys interest. But I didn’t like this as much because I tend to laugh a lot and so it sounds like I’m laughing at people when I repeat what they say. But this might be my own paranoia. Hearing your own voice is really weird. I’m a bit more used to it now after doing The Nottingham Essay series on YouTube, but I don’t like it. Feels like I’m in a David Lynch film.

Catherine Harvey was the series producer and so was tasked with ensuring consistency among the programmes. This meant ensuring we kept a good beat between poems – it is a poetry programme after all, and explaining dialect. Then of course there’s the BBC who have their own rules and regulations. Overall this meant we didn’t get the full force of Al Needham’s bawdy irreverence, and we also missed out on Lord Biro’s memories of the Strike. I had a really interesting chat with Norma Gregory about her research project Digging Deeper: Coal Miners of African Caribbean Heritage but we were unable to use it in the end as the emphasis of the programme was poetry and dialect. I’m hoping to make this available on soundcloud at some point.

I’m really pleased with what Made in Manchester have done and I’m really grateful that Ashley Byrne has shown faith and pestered me to do summat. There are a few things that I would like to change given a bit more time, but the story has to end at some point. Writers never learn this lesson. That’s why we keep telling the same story over and over again. I guess my story is Nottingham. Perhaps it’s time I moved somewhere else.

Talk and Tongue: The Dialect Poets is broadcast at 4.30pm on Sunday 20 May