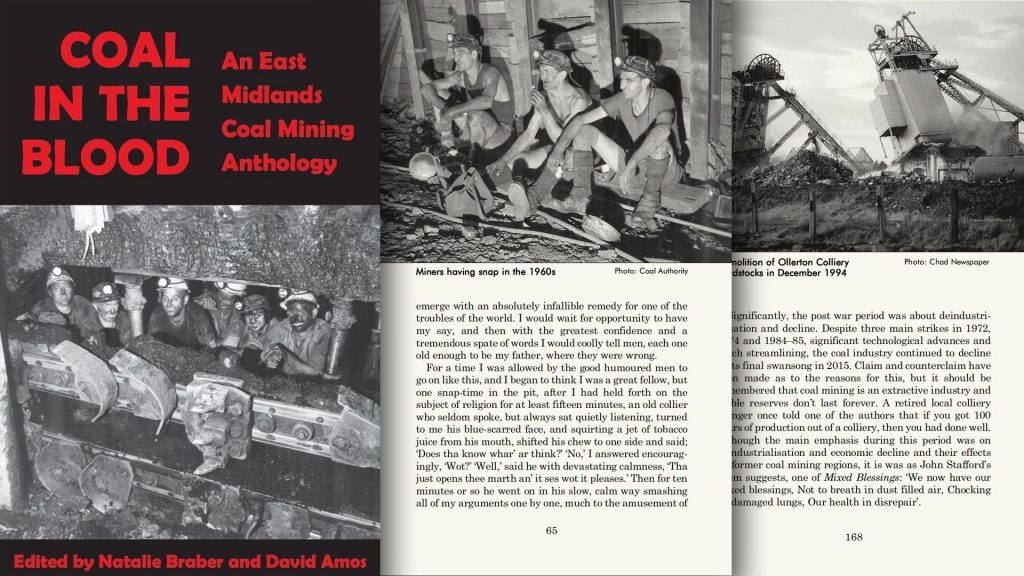 I grew up in a mining village during the 80s and it wasn’t much fun – unless you liked fighting. I didn’t like fighting so I had to find other ways to survive. One tactic was to stay in. It didn’t work. One youth found out where I lived, knocked on our door, and offered me out. I was petrified at the time but over the years I’ve come to admire his commitment to violence.

Cotgrave was a strange place to grow up. It was dominated by Geordies and Mackens who relocated here for work. They would march through the village banging their drums and showing allegiance to their tribe via proudly hoisted union banners, while sneering skinheads looked on from the Youth Club. When you throw Thatcherism, the Strikes and the constant fear of nuclear annihilation into the equation, it makes Game of Thrones look like a vicar’s tea party.

I’ve written about these experiences for Coal in the Blood: An East Midlands Coal Mining Anthology. The collection is the first of its kind for the area, so I’m proud to be included. David Amos and Natalie Braber have drawn together a broad range of perspectives to provide a nuanced context to what is still a very emotive subject. David’s passion for mining is infectious and his talks about ‘life down pit’ are well worth attending if you get the chance. David and Natalie were my first port of call when I wrote and presented the BBC Radio 4 programme ‘Tongue and Talk: The Dialect Poets’. David will also feature in the D.H. Lawrence Memory Theatre at some point where he will be discussing Snap Tins.

One of my favourite articles in the anthology is ‘Here we Go!’ by police officer Barry Harper, who describes the difficulties of coming from a generation of miners and living in a mining town only to be labelled as one of ‘Maggie’s storm troopers’ during the Strikes. Humans are complex and contradictory. To get on we need to listen to each other. But that’s easier said than done given the various dividing lines that split up communities, be that Scabs and Strikers or Coppers and Workers. I’d like to say that these feuds will eventually die out, but I suspect some of them will be passed on from generation to generation.

It’s partly for these reasons that I’ve been working on a comic series challenging stereotypes called Whatever People Say I Am. Putting a face to statistics or peeling back labels to reveal other aspects of identity is vital in these increasingly fragmented times of remain/leave and vax/unvax. One of the comics in the series, The Bigger Picture, addresses challenges faces by retired people and how the arts have offered a second lease of life. It features Barry. I had no idea about his mining background when we first met, nor that he had written about policing for the mining anthology. Tis a small world when all is said and done. 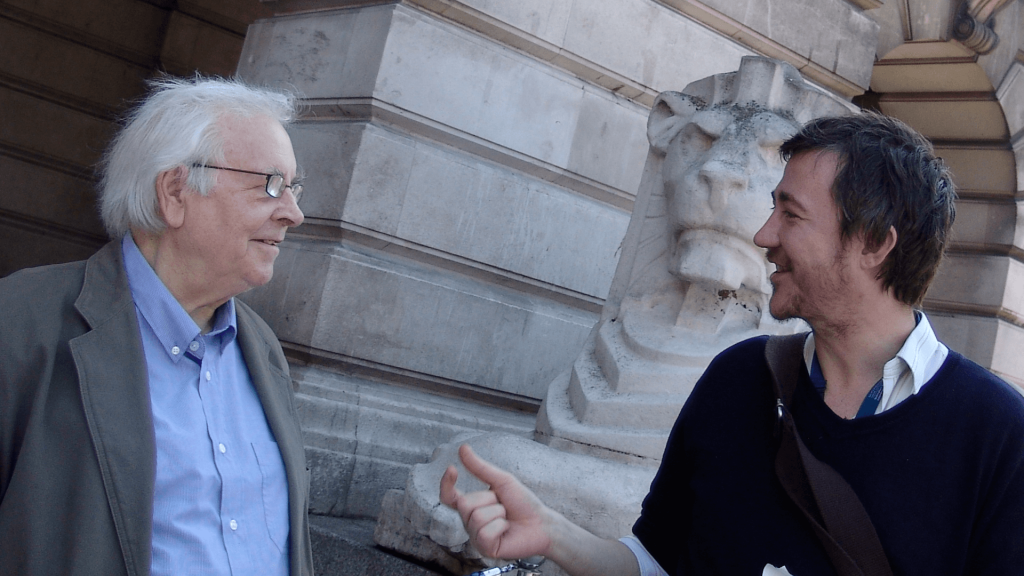 My contribution to Coal in the Blood is ‘Cotgrave Boy’. This is a nod to Derrick Buttress’s memoir Broxtowe Boy (2004) which in turn may have been a reference to Brendan Behan’s autobiographical Borstal Boy (1958). Derrick was a writer I admired, who I spent many a happy afternoon with, and at eighty years-old, was the first person I commissioned for The Sillitoe Trail when it was originally published on digital arts platform The Space.

Coal in the Blood was originally published by Five Leaves, but something happened, and it was subsequently published by Trent Editions. I’ve heard various accounts of why this relationship ended so abruptly but I’ll take the advice of Mrs. Bull in Saturday Night and Sunday Morning and save that bit of choice gossip for retail later.