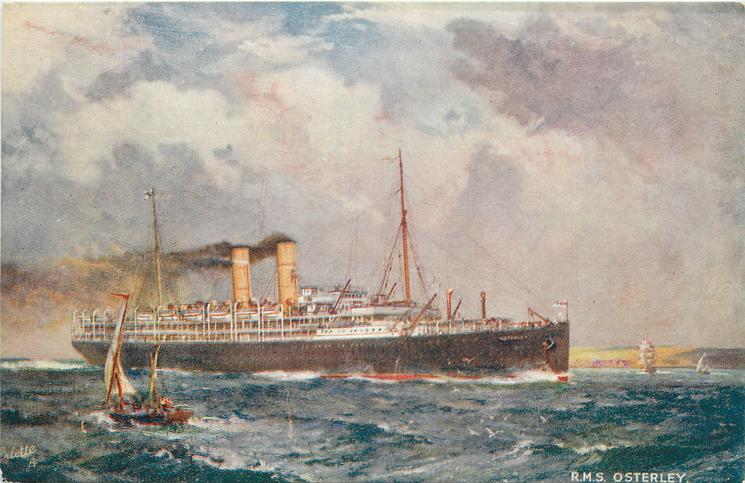 On 26 February 1922 Lawrence sailed from Naples aboard the R.M.S Osterley heading towards Ceylon to meet a friend ‘who is taking Buddhism terribly seriously’. As Lawrence was want to do, he had to convince himself he was doing the right thing in leaving the comfort of his home in Sicily. He does this in typically dismissive fashion in a letter to Norman Douglas on 4 March 1922: ‘Thank the Lord I am away from Taormina, that place would have been the death of me after a little while longer’.

His latest sojourn would see him travel at 5mph along the Suez where he would observe palm trees and Arabic men plodding by on camels. This tranquillity contrasted with Mount Sinai which he described in a letter to S.S. Koteliansky on 7 March as ‘like a vengeful dagger that was dipped in blood many years ago, so sharp and defined’.

Lawrence was acutely aware of his immediate environment and had the wonderful ability of being able to see the world from all perspectives. ‘Being at sea is so queer’ he wrote to Rosalind Baynes on 8 March ‘it sort of dissolves for the time being all the connections with the land, and one feels like a sea-bird must feel’.

When the land beckons him to Ceylon, everything appears to be fine in his temporary accommodation at Kandy. On the 24 March he sends his sister Emily a bit of hand-made lace and describes sitting high up on a verandah watching chipmunks and chameleons and lizards. But despite the lovely view, it is so hot he has to wear a sun helmet and white suit. ‘If one moves one sweats’. Lawrence is not very good at sitting still – he will later chastise the buddha for not getting up – and by the 28th March he has confessed to Anna Jenkins that ‘I don’t feel at all myself. Don’t think I care for the east’. By the 30th Robert Pratt Barlow is informed ‘I do think. still more now I am out here, that we make a mistake forsaking England and moving out into the periphery of life. After all, Taormina, Ceylon, Africa, America – as far as we go, they are only the negation of what we ourselves stand for and are: and we’re rather like Jonahs running away from the place we belong’.

Despite this temporary fondness for his country of birth, Lawrence never stopped running. Since his self-imposed exile of 1919 he would continue to big places up, get irritated by them, then move on. How short his life may have been and how little he would have written had he found lasting contentment anywhere.

The D.H. Lawrence Memory Theatre, as well as my editorship of the Lawrence Society bulletin, has led me to reading Lawrence’s letters in chronological order so that I can map out what he was doing on each day exactly one century ago. If you would like to join me in this pursuit you need to pick up a copy of the Cambridge edition Volume IV (1921-24). As he dies in 1930, I only have eight years of this pleasure to go.

The contrast of our respective fates has not been lost on me. Lawrence is constantly on the move while I am constantly stationary. Whereas he is on the deck of a ship observing flying fish and black porpoises ‘that run about like frolicsome little black pigs’ I am googling phalluses for artefact three in the memory theatre and scrolling through Instagram wondering why one person got a Gregg’s tattoo on their bum during lockdown and another person had Lawrence’s poem ‘Self Pity’ tattooed on their arm. Something tells me nobody will be looking up this blog on this day in one hundred years time… 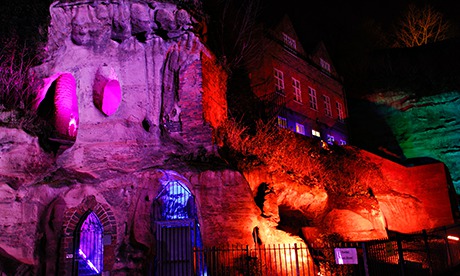 Light Night is without a doubt the best event in Nottingham’s increasingly busy calendar. This year I’m putting on an event at the Nottingham Writers’ Studio that takes Light Night back to its original routes by opening up creative spaces to the public and inviting guests in. The event is loosely themed around letters and memories and is an opportunity to learn about some exciting local projects that will take us from the tunnels of Welbeck Abbey to Uganda.

Each talk will be a maximum of ten minutes so that we can finish bang on time and get out and enjoy other events. I’d expect this event to be rammed because the talks are so diverse, but you never can quite predict who’ll turn up in Nottingham. There will be refreshments available on the night and the opportunity to carry on discussions afterwards. And yes, you can bring a light sabre along with you if you want to…

That’s enough rattle, here’s what you’ll get for giving up an hours worth of oxygen. 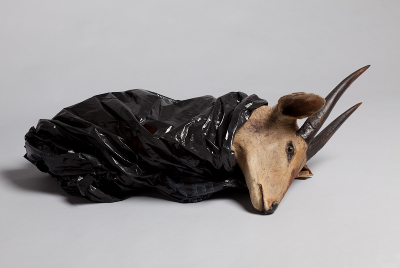 SUNIL SHAH – Uganda Stories is both a subjective journey to recollect the past and a study in photography’s documentary potential to reassemble history. In the current New Art Exchange exhibition, Sunil Shah explores very personal themes linked to his family’s roots and heritage as Ugandan Asians, and offers wider narratives around exile, displacement and dispossession. 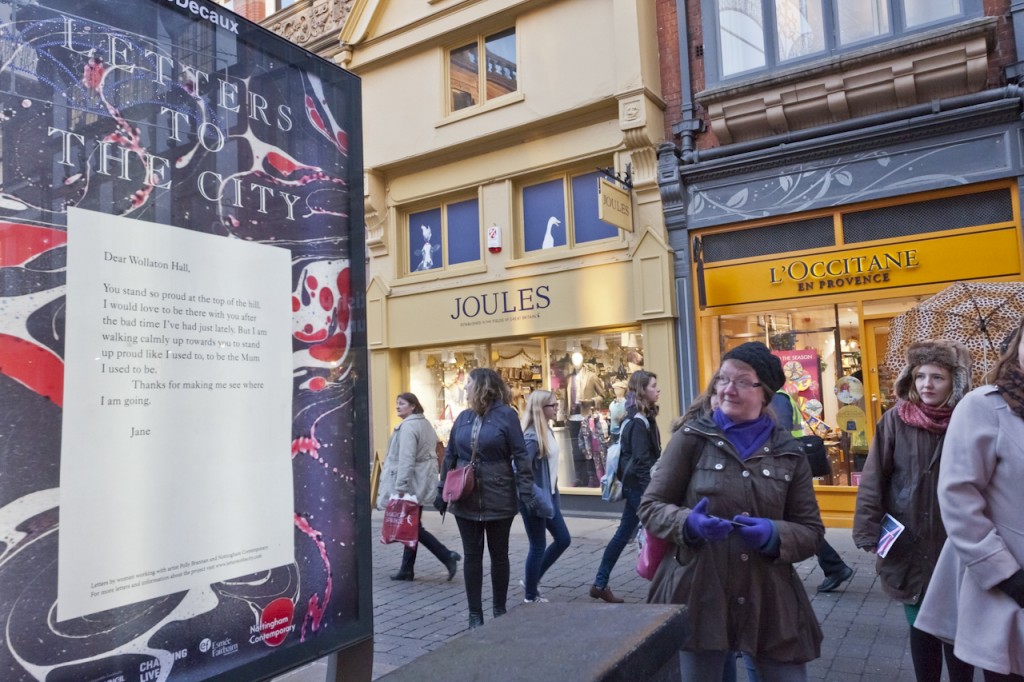 Letters to the City In 2013 Nottingham Contemporary invited the artist Polly Brannan to join The Loudspeaker project to develop a piece of work that would extend the project into the city and bring the women’s voices to the wider public. The result is the beautifully powerful and poignant ‘Letters To The City’. I met Polly a few times when she started the project (she’s based in Liverpool and wanted to know about local female literary figures) so I’m really looking forward to this one.

Dawn of the Unread is my baby and the reason this website has been given the cold shoulder recently. One of our featured literary figures for this Notts-based graphic novel is the 5th Duke of Portland, an eccentric aristocrat who built a vast labyrinth of tunnels under Welbeck Abbey to hide away from society. Andrew ‘Mulletproof’ Graves explores the possible reasons for this strange subterranean preoccupation, and in particular, a mysterious letter he received from his distant father years before. Larkin was right, they do fuck you up… 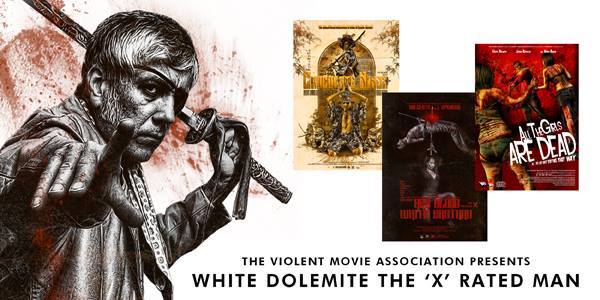 False histories Matt Shelton discusses a paid opportunity for writers to fabricate histories for local craft beers he is promoting. The beers are: Ghost Rider, Twisted Genius, American Saviour and English Rebel. He will be joined by White Dolemite creator Reverend Video Matt, a master hoaxer who has created a cult around false film posters. 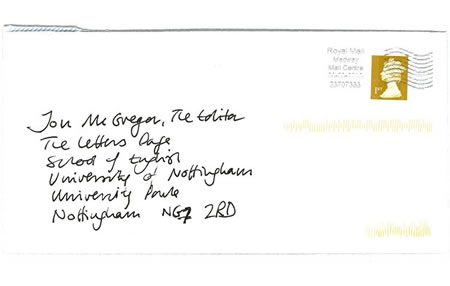 The Letters Page Offers an alternative to the immediacy of digital culture by taking us back to the basics of communication in the form of pen, paper, envelope and stamp. This literary journal edited by NWS Patron Jon McGregor explores what letter writing means to people – and has meant since writing was invented – in their literary cultures and their personal lives.* (tbc)