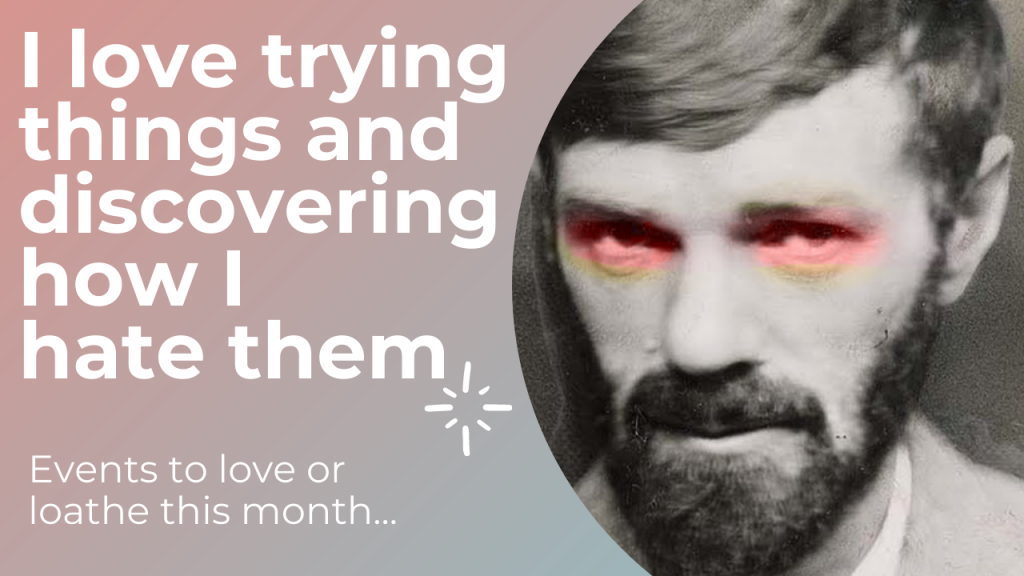 When I worked on a magazine, the things I loved the most were generating new features and writing headlines. Features help break up a magazine into parts and introduce a bit of order. They also function to build up audience expectations. Done well, they can be the first thing you flick to. Done badly, they can bring down the tone and feel of the magazine and put readers off picking it up again. Therefore, know thyself: Know your audience and know what you stand for. This will help direct your energies. Likewise, there’s no better satisfaction than writing an intelligent pun. This is essentially wordplay – triggering extra meanings while also focusing the attention of the reader in a cleverly condensed phrase or expression.

For the past year, I’ve been publishing a monthly bulletin for the D.H. Lawrence Society. The purpose of the bulletin is to collate any information about Nottingham’s favourite Beardo into one place. Prior to this, emails were sent out as and when the secretary was sent information which created a distorted picture of Lawrencian studies as only one person used to send in information about his blog. By collating everything into one place, the bulletin acts an archive, cuts down on emails, and gives a broader picture of how, when and where Lawrence is being discussed. He remains more popular than I’d imagined and is currently having a bit of a resurgence due to radio adaptations of his novels, Francis Wilson’s innovative biography, and his popularizing through fiction such as Annabel Abbs’ historical fiction Frieda and Rachel Cusk’s Taos-inspired Second Place.

D.H. Lawrence didn’t just write fiction. He had a vision of how life should be lived. He enthralled, provoked and annoyed in equal measures. He is taken very seriously in academia and every utterance is dissected to within an inch of its life. But I didn’t want to create an overly formal bulletin as our membership is broad and ranges from esteemed professors to the casual reader. Instead, my tone is a bit more tongue-in-cheek. To ensure nobody is offended, I make it clear that all observations are ‘that of your editor’ rather than the D.H. Lawrence Society. This is an important distinction. Lawrence had a furious temper and invariably so to do some members of the Society who like to emulate this aspect of his personality, presumably to prove their loyalty to the chosen one. Framing the bulletin as the opinions of the editor helps negate this. The bulletin takes roughly three working days to produce, most of which is taken up swearing at the infuriating interface that is Mailchimp .

Here’s a breakdown of the features and a brief explanation as to why they are included.

The bulletin header is a tweak of the opening line to Sea and Sardinia (1921). ‘Comes over one an absolute necessity to move’.

Listings are always tricky in a magazine because they’re factual and so you’re limited with what you can do with them. The most important thing is to make sure the information is logical and that readers can find what they’re looking for. This apathetic Lawrence quote strikes the tone I’m after. In terms of ordering the events, I’ve gone for a football fixtures format using Home (Eastwood events) and Away (London group and others). 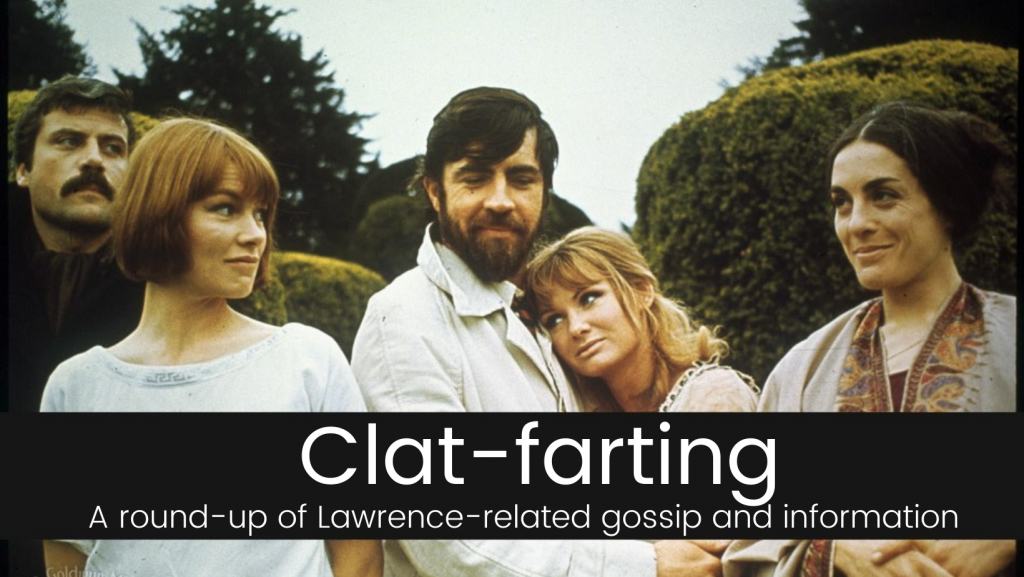 Clat-farting is Eastwood dialect for gossip and so used for monthly roundups. You can’t keep having a picture of Lawrence for each feature and so I went for this still from Women in Love. It’s full of grins and smirks and feels as if someone has been clat-farting. Or possibly farting – given Alan Bates flared nostrils and Glenda Jackson’s look of disgust. 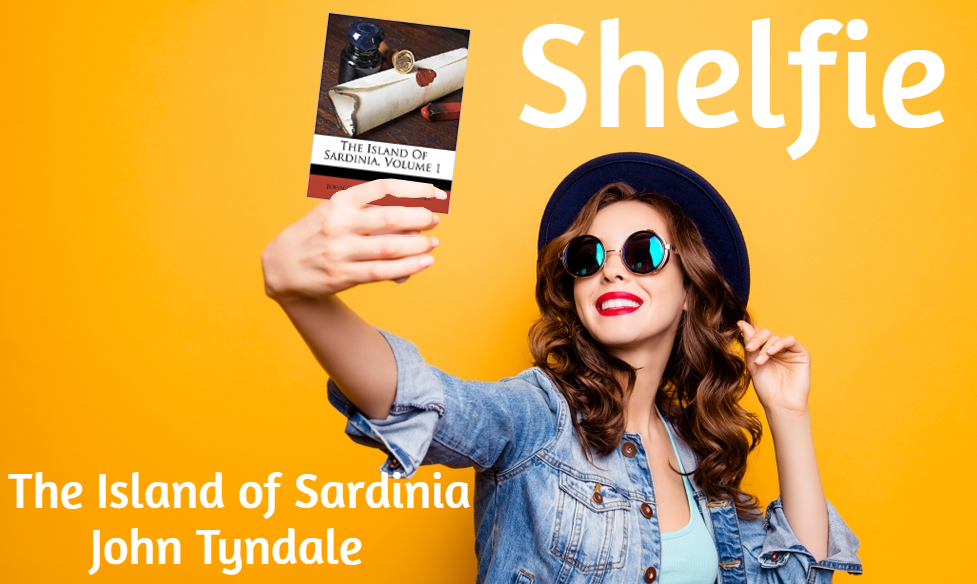 Shelfie is a play on Selfie and so instead of having one of those annoying pictures where people stare at their phone and do that ‘I’m thick as fuck’ pose with pouty lips, they’re holding up a book that fills them with delight. The books selected all have some kind of explicit or implicit link to Lawrence.

Lawrence in Academia uses a panel from Dawn of the Unread which alludes to Lawrence’s brief spell as a teacher. These usually contain the abstract of a paper and a link. These are mainly sourced from Academia.edu.

The D.H. Lawrence Dialect Alphabet is one of the artefacts in the D.H. Lawrence Memory Theatre, a project that Paul Fillingham and I created in 2019 to mark the centenary of Lawrence’s self imposed exile. So this feature is about repurposing content (an essential skill in journalism) as well as ensuring our project gets coverage. Quite a few of our members are from Eastwood and have as much interest in Lawrence as local culture, so this feature will appeal to them. 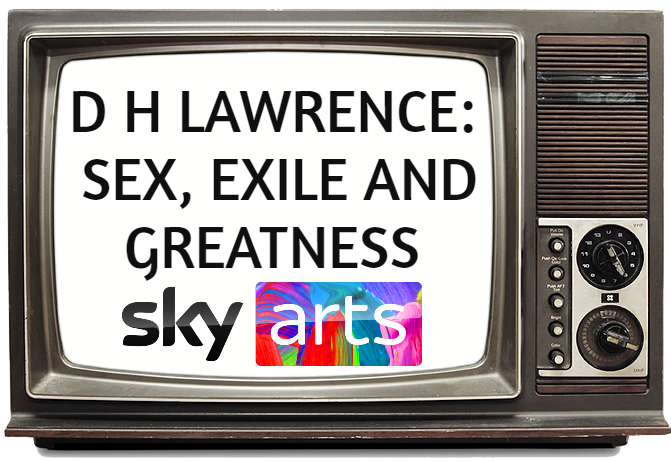 On the Box provides links and information to any TV broadcasts or YouTube/Vimeo uploads about Lawrence. YouTube is a wonderful bag of randomness and has recently seen uploads of talks from Raymond Williams and Anthony Burgess as well as audio recordings of Frieda Lawrence and Aldous Huxley.

Lawrence and Me is a space for members to introduce themselves. This is probably the most important feature in the bulletin as our membership is global. A lot of people are unable to attend monthly meetings because of geography or age and so this is one way that they can feel connected. I also hope that it might bring about future projects or partnerships once common interests have been identified. I often get sent terrible images through and end up messing about in photoshop for ages to create something a bit more visually stimulating, such as this ‘you looking at me?’ feature with Carolyn Melbourne from the Birthplace Museum.

From the Archives does exactly what it says on the packet and is a space to share cuttings from previous newsletters (which started in 1975). Digitising the archives was the reason I originally got involved with the Society because I wanted this information to be more accessible to the public (rather than in a filing cabinet in Breach House). The old newsletters were typed up on yellow paper and are absolutely fascinating in terms of seeing heritage develop.

The JDHLS highlights a specific issue in the journal and is usually written by a guest author selected by the journal editor, Susan Reid. Again, this highlights the importance of digitising the archives and making these superb articles available.

Torpedo the Ark contains blogposts by philosopher Stephen Alexander. I might not always agree with what he says but I certainly enjoy how he says it. These are thoughtful provocations distilled into pithy prose. It would be great to see them published in book form one day.

The bulletin was originally intended to provide links to relevant articles but instead has grown into quite a different beast. Although I have lots of ideas for other features, I’m happy with its current state. If it puts on more weight, I won’t have time to do other stuff and there is so much other stuff that needs doing. Talking of which…