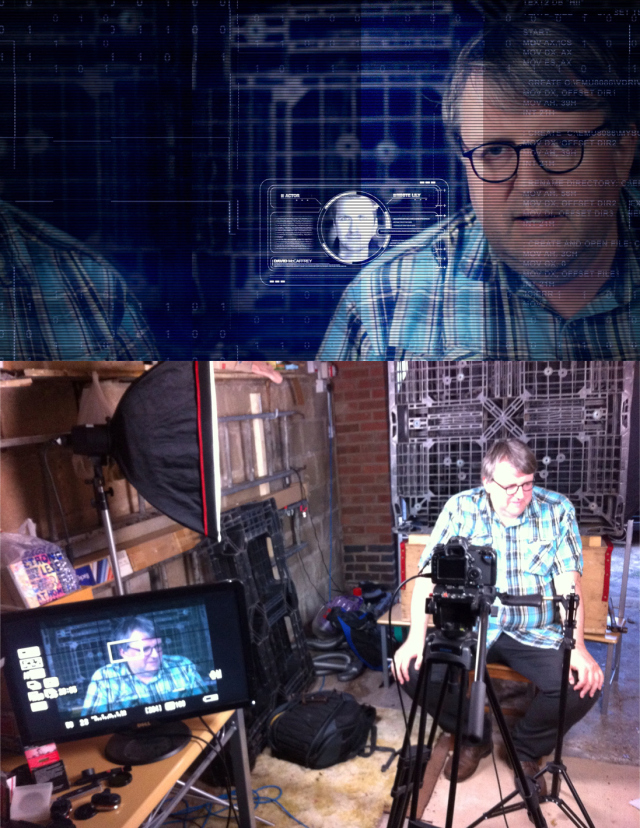 Once upon a time there was a world full of generous benefactors who would happily fund an entire project. All you had to do was write a hand-written letter or fill out a small form and a lorry would deliver bundles of coins to your doorstep. Then the world changed. The rich benefactors fell off a mystical ledge known as the fiscal cliff and the pages of arts council forms multiplied faster than bacteria. The money dried up, people sat at home getting depressed and then the internet came up with a solution.

Crowdsourcing is one of the most viable means of funding a project. The formula is simple: no forms. You tell people about a project you want to do and then they pledge small donations of support which can range from £5 to £5million. Essentially this isn’t a new idea. It’s the old subscription model that funded writers like Whitman and Twain with a digital twist and a global reach. There’s loads of these sprouting up but I want to concentrate on one in particular, Kickstarter. Since Kickstarter’s launch in 2009 over 5 million people have pledged $826 million to fund 50,000 creative projects. The only problem is this is a shit or bust venture e.g. If you don’t raise your targeted amount in the allotted time you lose the lot.

Kickstarter has a 44% success rate. This means the other 56% of people were either unrealistic with how much they wanted to raise, their campaigns were poorly marketed or the great technocracy simply didn’t like what was on offer. But it certainly seems to work for certain art forms. 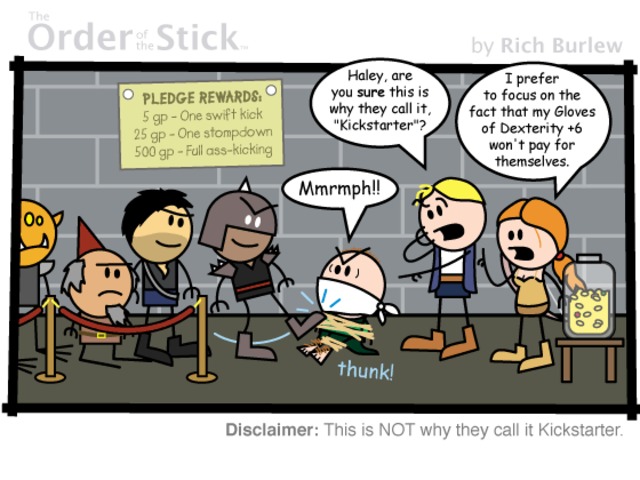 In 2012 there were 1,170 comics projects launched of which 542 were successful. An intriguing article in Publisher’s Weekly suggested that Kickstarter is the second largest independent publisher of graphic novels based on revenue. These figures are calculated on the percentage that goes directly to the project in comparison to say the split with a publisher. Take cartoonist Rich Burlew. He originally hoped to raise $57,500 to reprint out-of-print books collected from his “Order of the Stick” webcomic. Incredibly, he became the third person to raise over $1 million. At this point half of the readers of this blog have migrated to a crowdsourcing website. Good luck.

For those of you who still have an attention span and are prepared to trawl through the remainder of this article, here’s a few tips on how to conduct a successful campaign. I’m going to use Adrian Reynold and Tristan Ofield’s Kickstarter campaign White Lily as an example as this article is partly inspired by a recent talk Adrian gave at the Nottingham Writers’ Studio as part of Memories of the Future.

Preperation: Befriend anyone and everyone on Twitter and Facebook so that you have a bigger following than the latest football club to be bought by a rich oligarch. This means that when you start to ask for money, you have more people to spam than your family and uni mates. (please note: I’m a semi-purist and don’t adopt this technique. I only befriend everyone related to my interest/specialism)

Wit: Just because you can type doesn’t make you a writer. Get someone in who knows what they’re doing. People are more likely to hand over cash when you make them smile. In White Lily a £5 pledge gets you: “Instant Karma. You’re assured a place in our hearts, along with a financial credit on IMBD.” That’s shorthand for nada.

Goodies: People are kind but you’re more likely to get money out of them if you offer something desirable. This is why graphic novels do so well. A £15 donation gets you a comic that otherwise would have sold for £5. It’s like a shop with a high mark-up with the money going to an imaginary best friend.

Vanity: For enticing higher bidders you need to offer something special. If you’re doing a film, maybe someone can have a walk on part. Perhaps one of the artists on the project will create a unique signed one-off print, etc.

The magic key: 10% of films funded at Sundance in 2012 were funded through Kickstarter. Lots of producers will now pledge cash because they want to find the next best thing. That DVD you’re lobbing their way could lead to a big contract. That comic you’ve just drawn might get snapped up by DC. As much as this project is about raising money it’s also about raising your profile.

There’s loads more tips but you’ve got to do a bit of work yourself, like thinking of how you’re going to schedule content, who’s going to appear in that short sharp one minute video and most importantly, what it is that you need the money for.