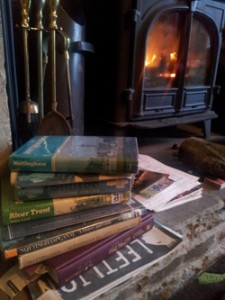 It’s been a long standing joke among friends that I take more books on holiday than clean pants but on a recent five day holiday to Middleton-on-Tees I surpassed my own ridiculous expectations by taking eleven. However, I think I can justify the excess. Firstly, as this was a holiday in England it didn’t really matter how many books I took as I didn’t have to worry about smuggling an overweight suitcase through customs. If anything, I’m surprised I didn’t take more with me. Secondly, each book was selected for a very specific purpose. You don’t limit yourself to one friend, so why do the same with books?


The Lonely Londoners (1956) by Sam Selvon was the August choice for book group and so I needed this to take notes to record it for a future blog. So as I’d already read it, this one doesn’t really count. The Collected Stories of Alan Sillitoe was one I could dip in and out of at any point and can be viewed as a snack between meals. As I’m tweeting all of Sillitoe’s work, it’s easier to read short stories and take notes as one story can be tweeted over a whole week. I’m off on holiday again soon and so I need enough tweets to cover this enforced absence which will be uploaded via Hootesuit. 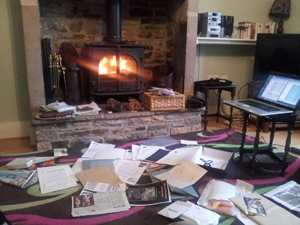 I’ve put off reading the Sillitoe biography The Life of the Long Distance Writer (2008) by Richard Bradford for a long time because Sillitoe’s two autobiographies, Raw Material (1972) and Life Without Armour (1995) are so good I didn’t see the point of reading it, even though it was authorised. But it has functioned as a kind of ‘refresher course’ in his life and work that has helped clarify a few facts for The Space project. As it turns out I’m really enjoying it and it became the book that shared my pillow at the end of play.

The remaining books were all to do with Nottingham, the River Trent or the Nottingham Canal and were purely for research. The fourth location on the Sillitoe Trail is the Trent and I’m still not entirely sure how to approach this and so I wanted to consume as many facts as possible. Portrait of Nottingham (1974) by former Post journalist Emrys Bryson was lent to me by Al Needham and comes with a forward by Sillitoe and was used as a fact checker. Nottingham: Settlement to a City (1953) by Duncan Gray was borrowed from Wayne Burrows and like the previous book is an absolute delight. I particularly recommend Appendix II: Long Row in 1879 which just goes to show how little things have changed. It was from this book that I used the Frame-breakers image to accompany Christy Fearn’s investigation into the Market Square as a historical site of rebellion for Event One on The Space. 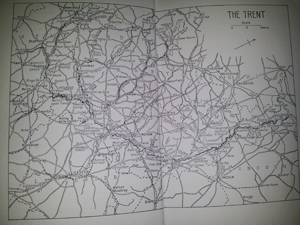 The canal books helped piece together how waterways developed to support industry before becoming redundant due to the development of rail and car transport. But the book I couldn’t put down was Portrait of the River Trent (1968) by Peter Lord. It’s a magical read that brings the Trent to life and in places is like an eulogy for a lost lover. It’s certainly a match for Roger Deakin’s Waterlog (2000).

The Space finishes on October 31st and so it needs my undivided attention. Therefore I use the term ‘holiday’ in its loosest sense. It just means paying to stay in someone else’s house while reading, writing and researching. Nothing changes really, other than the beautiful scenery outside the window.