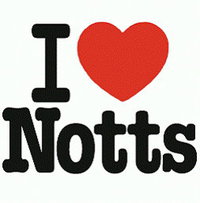 I was recently asked what motivated me to pursue journalism and the answer is simple: getting to know your city. Yes it’s great to see your name in print but when the magazine in question comes through the post it either gets filed or used on the fire – depending how much you’re being paid. A journalist is only as good as their next project, just as a salesman is only as good as their figures. So really, dwelling isn’t a very helpful characteristic. Roy Keane was right about the medals.

The past week has been ridiculously busy and has included seeing Ludovico Einaudi at the Theatre Royal, the opening of Raphael Daden’s light exhibition at the Refectory Gallery, seminars on the Midland Group as part of the BAS7 Sideshow and Reunion at the Oldknows Factory. This has given me an insight into my home city that I simply wouldn’t be aware of if it weren’t for the written word. I often read about people living in a particular moment – such as the Parisian student riots of 68, but it really feels to me as if that moment is happening now. Nottingham has a real buzz about it at the moment, partly contributable to the opening of the Contemporary Gallery, the Nottingham Writers’ Studio and the Broadway Media Centre – which incidentally probably wouldn’t have gone ahead if it hadn’t been for the Midland Group. (See I was listening).

And then there’s the people you get to meet. Colin Bacon – the author of Vivian and I, tells the story of an eccentric alcoholic thesp called Vivian Mackerall who was the inspiration for the Withnail character. BRICK is a local cartoonist who’s just published a graphic novel called Depresso, his attempt at coming to term with forty years of depression. BRICK has been on the local circuit for years and was hanging around the Mushroom Shop, back when Nottingham was at its political best. And finally, after two years of intending to, I got to hook up with Derek Buttress for a cuppa for help on a iphone App I’m working on to produce a Saturday Night and Sunday Morning literary walk. Derek is a local legend, the author of Broxtowe Boy, and the personification of a google search bar when it comes to local history. Meeting these people is what journalism is really about, seeing things through different eyes, learning about the quirky peculiarities that shape different lives. If it weren’t for journalism forcing me out of the house and into the company of strangers, would the dirty graffitied streets be as appealing?

At Readers’ Day on the 27th Nov I’ll be doing a talk called How I became an obsessive reader. Other speakers include David Nicholls One Day Armistice Maupin Tale of the City and Lindsay Clarke The Chymical Wedding. No wonder this Nottingham I returned to two years ago looks far more attractive than the one I left many years ago.