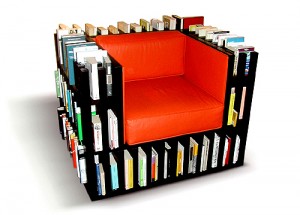 How do you prepare to appear on a Booker panel? My technique has been to work my way through the previous winners to see if I could find a common thread. It would appear so far that the common thread is the right authors have won but for the wrong books. Out of the ones I have read so far, The Life of Pi (Yann Martel), is by far superior. Why? Because the setting is so surreal that it transported me to a situation I could never have imagined myself. In short, it was magical.

When a ship transporting his family’s zoo across the Pacific sinks, a young boy finds himself on a small lifeboat with a bengal tiger, hyena, zebra and orang-utan. The boy has to think carefully about his every action in order to survive and through this unfolds beautiful lessons in love, acceptance, and wisdom – in the most peculiar of settings. For this reason it deserved to win the coveted prize but other winners I’ve found less emotive. Yes there are beautiful passages in John Banville’s The Sea, Stanley Middleton’s Holiday sucks you into a microcosm of local life and DBC Pierre’s Vernon God Little managed to produce a trailer trash indictment of our times, but were they special? Did you feel tears of futility well in your eyes when you reached the last page or a new felt sense of purpose? No.

I was also unimpressed with the Booker of Bookers, Midnight’s Children. The concept is outstanding from the former Advertising guru who famously penned the ‘naughty but nice’ slogan. But I didn’t find it beautiful and I guess for a book to really take the prize it must avoid the Cartian dichotomy and hit both the body and the mind. I admired Rushdie’s ambition but it became so unnecessarily complicated that it no longer became a page turner, it became a page returner as I had to go back over passages.

I don’t suspect that reading previous winners will help me in any way on the night. Rather an excuse to indulge my reading fetish. For a moment it gave me a little control over that vast sea of literature that sweeps over us all and place them into some kind of context, an intellectual ordering that enabled me to float rather than drown.

My other plan was to read previous books by authors on the shortlist. This way I could map out some kind of literary genealogy and discuss the way in which the author’s style has developed over time and how certain themes seem to reoccur. But in trying to cram in all of this information I’ve deprived myself of the one pleasure that I read for: Relaxation. Reading is about dictating the speed, unlike every other element of my life. Reading is where I go to escape, immersing myself in worlds brought alive by carefully chosen words. So to prepare for the Booker I’m putting on the breaks. It’s back to basics. I’m going to have a bath every night with loads of bubbles and cup of tea and I’m going to read Howard Jacobsen’s The Finkler Question, my outside bet. And when the water runs cold and my toes shrivel up I’m going to put the book down and leave it until the next night.